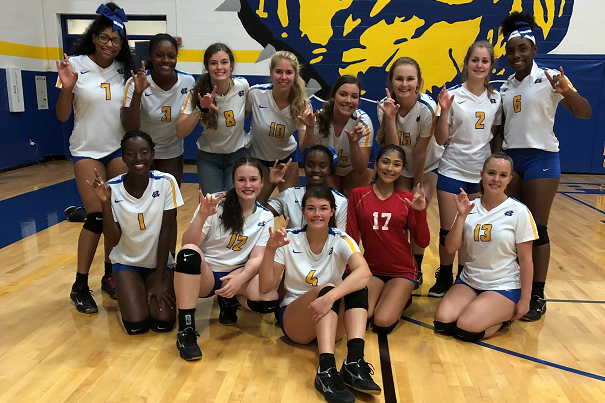 The Academic All-State team was announced on Tuesday, Dec. 10th.  These volleyball players held a 94% or above for their freshmen through their junior years in high school which include Kate Harris, Jenea Travier, KaDreuna Fields, Holly Walton, and Tori Tucker.

Honorable Mention Academic All-District players were also chosen for having a 90% or above in all classes which include Kamryn Wages, Kyla Pannell, Lauren Combest, Mikaylie Borel, and Mariah Boswell.

“I’m so glad that we put in all the work that we did,” said Harris. “I’m thankful for the coaches and how they pushed us to work hard on the court and in the classroom.”

Previously, the All-District team was announced on Nov. 18th based on their performance throughout the 2019-2020 varsity volleyball season. Wages was named 1st Team All-District. Travier and Da’Metria Kilgore were named 2nd Team All-District while Harris and Tucker received Honorable Mention.

These volleyball players will be recognized for their achievements at the annual Spring Sports Banquet.