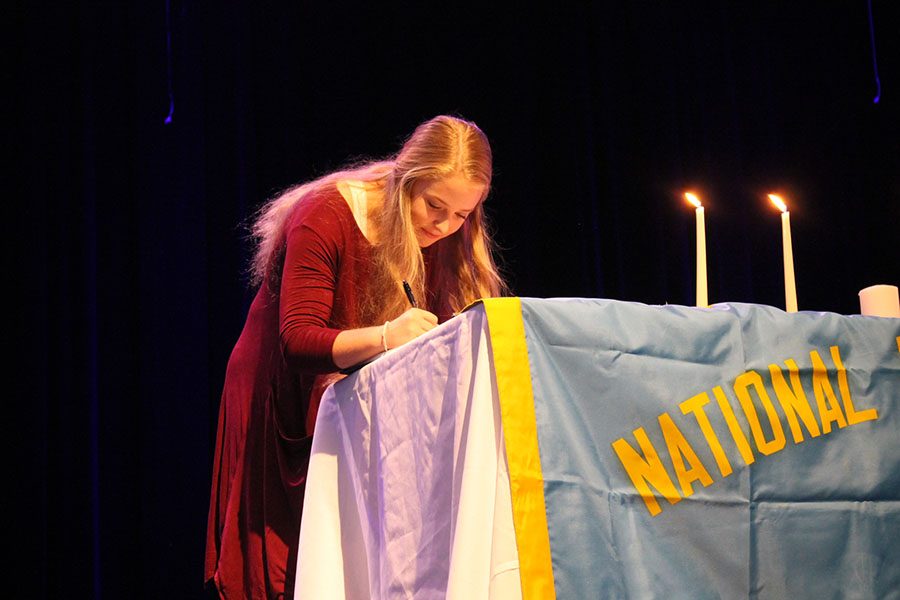 NHS sponsor Melissa Avery along with her officers led the first half of the candle ceremony. President Trenton Granberry, Vice President Hailee Latimer, Secretary Stacey Leon Salgado, and Historian Julia Mackenzie Ibarra explained the colors in the emblem as well as the motto and characteristics for joining NHS.

“It was a great honor to be inducted into NHS while being an officer for NTHS,” said Bignell. “It was challenging to juggle both at the ceremony, but I feel like it was a great experience that everyone should be a part of.”

National Technical Honor Society seniors will volunteer this Christmas at the Marine Corp Reserve to package gifts for children through the Toys For Tots foundation.