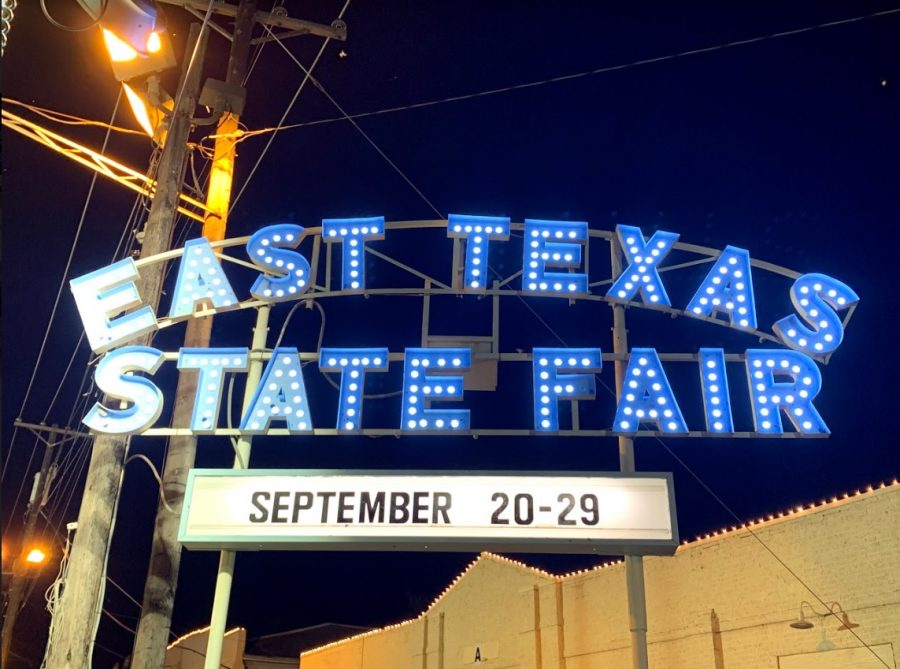 Art students submitted their work to the East Texas State Fair competition on Saturday, Sept. 15th under the direction of teacher Kimberly Taylor where Guadalupe Arteaga won the “Best of Show” award out of 145 pieces of 2D artwork. Arteaga won for her Palm Tree Seascape in Acrylic on canvas.

Sculpture II and Pre AP first place winners were Nick Moody with his Turtle in Mosaic, Lizbeth Hernandez and her Ship Book sculpture, Haleigh Rolling with her Stack Breakfast in clay, Elida Barron and her Tree in Lighted Stained glass, Daniel Cabrera with his Wishing well in burned wood, and Axel Aparicio competing in the adult category. In second place was Mikayla Brannin with her Bird in beaded textile and her Abstract clay sculpture as well as Victor Berrum with his Acrylic abstraction on canvas. In addition, Peyton Scott’s Baby in Mixed Media received Honorable Mention.

“I love making my ideas turn into a realty and seeing others like what I make.” Said Hernandez. ” This is encouraging because I will be attending VASE later this year.”

Art I and II students placed as well. Laci Hackett placed first with her Minnie Mouse Cheerleader and Jocelyn King for her Crowned Lady, both in mixed media. Sarahi Rodriquez placed first as well for her Bear Claw in pen and ink while Sean De La Rosa placed first for his Lighthouse in oil pastel. Aubrey Nichol received second place for her Giraffe in pen and ink. Keziah and Keilah Knight both won first in their watercolor and oil paint pieces. Brian Rodriguez placed first for his Aztec piece in colored pencil as well as Codye Taylor for his Red Barn in prismacolor.