Little lifts a win at State 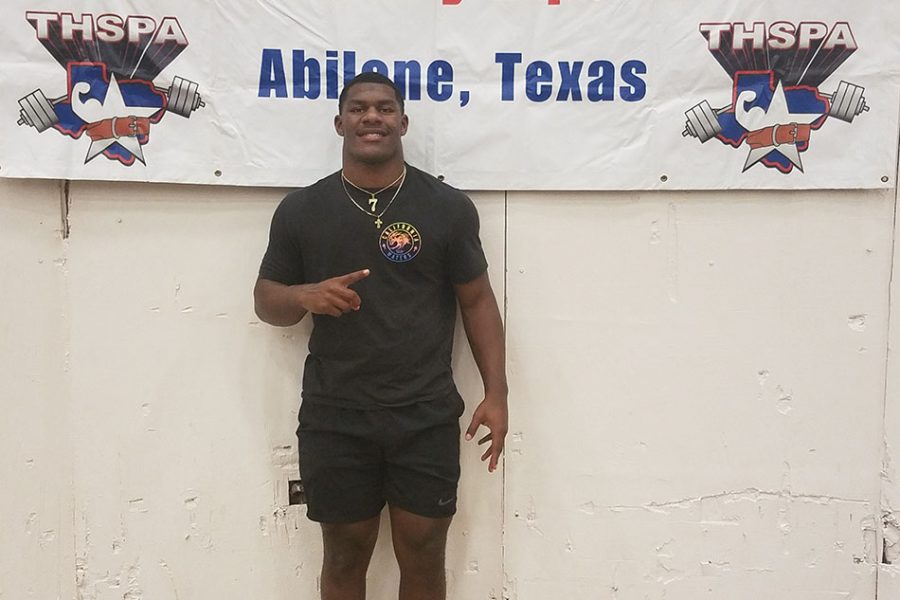 Khristian Little competed at the State Powerlifting Meet, on March 23rd, in Abilene Texas. Little won State for Division 2 in the 242 weight class, lifting a total of 1700 lbs with a 720 squat, 365 bench, and 615 deadlift where he was one of five State Champion powerlifter boys from East Texas.

Little previously took first in the 242-pound division at the Regional Meet with a total of 1,650 pounds and started out with a personal-best squat of 720 pounds.  Little finished with a deadlift of a personal best of 615 pounds to force a tie at 1,700 pounds. However, Little weighed in at 228 witch was 8.4 pounds less than his opponent giving Little the state title by virtue of the tiebreaker rules.

“It took a lot of hard work. I was a little nervous, but I believed I was going to place first or second”, said Little. “I knew I had to bring the Gold back to my city.”